The police car, which sustained heavy damage, then ended up in a wooded are on the south side of the roadway, police said. Both the officer initially struck by the fleeing vehicle and the K9 handler involved in the crash were treated at the scene by members of the Riverhead Volunteer Ambulance Corps.

Find out what's happening in Riverhead with free, real-time updates from Patch. You're now signed up for local updates.

Get your daily Airdrie news briefing

Let's go! Not in Riverhead? The first incident took place on Saturday, with the dog squad and police air wing called in to help track four people. 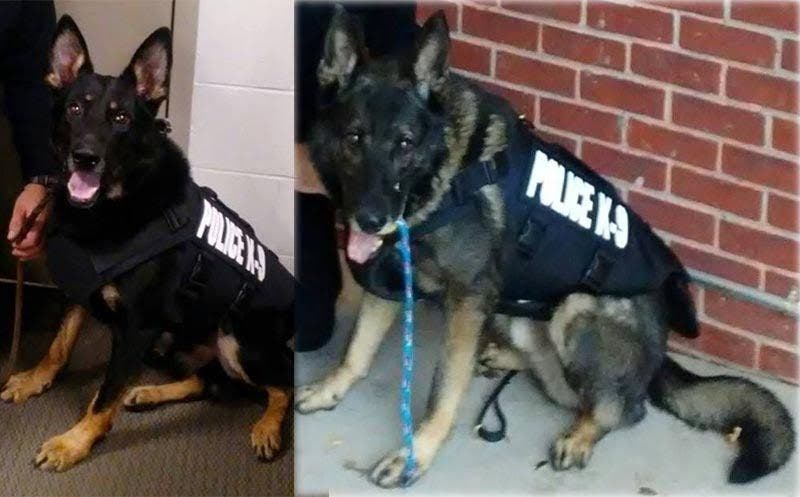 Police said the group was in a blue Holden Commodore that was being erratically driven and evaded police near Pascoe Vale Road, Broadmeadows, about 3. Police followed the car through a number of suburbs before it was stopped in Catterick Court, Greenvale, about 4. Police alleged four people got out of the car and attempted to flee with scene.

However, they were apprehended by Rocky and the dog squad and arrested. A Parkville woman, 19, was bitten on the arm by Rocky and taken to hospital with minor injuries under police guard.


A year-old man was also taken to hospital under police guard with minor injuries. Another year-old woman and an year-old man were arrested at the scene and remain in custody.

Victoria Police VictoriaPolice August 25, The second incident took place on Sunday in Mickleham, with a man was arrested after allegedly crashing a stolen car and fleeing the scene. Emergency services were called to the Hume Freeway near Donnybrook Road following reports a car had crashed into a barrier about 3am. Police said they arrived at the scene to find that the driver had fled on foot. Checks on the car revealed it to be a stolen vehicle.